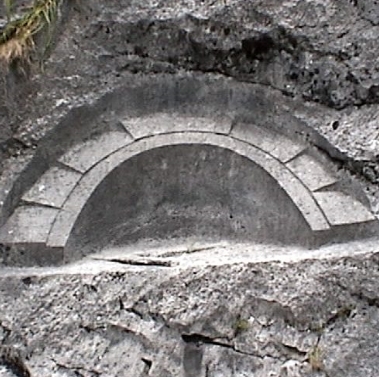 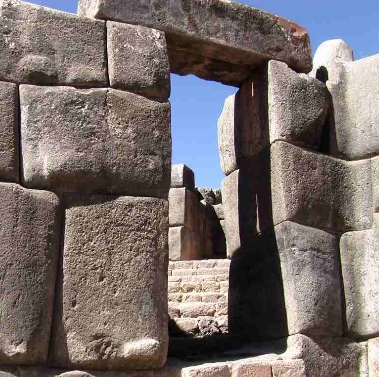 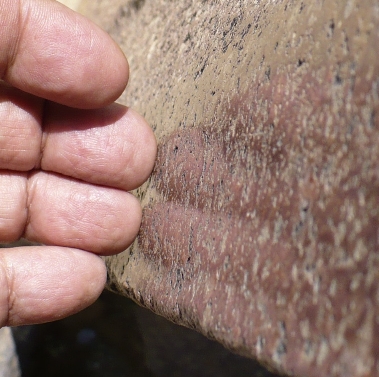 VITRIFIED STONES ARE TYPICAL FOR BOTH URAN AND HANAN PACHA STONES! 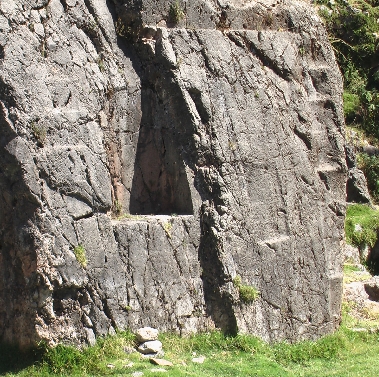 STONES WERE ONCE SOFT AS CLAY, WHICH HELPED TO GET EXTREME PRECISION AND THE HUGE SCALE OF CONSTRUCTIONS IN THE ANCIENT PAST 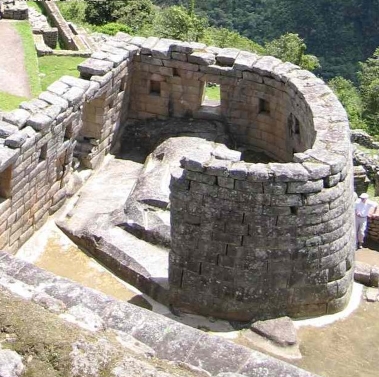 / By: JP
In this image one can recognize three different styles that we define in the documentary "The Cosmogony of the Three Worlds". Below we see Hanan Pacha (the bedrock that was worked upon), over that we see a wall of the Uran Pacha time with perfectly fitting blocks, and over this we see the use of a more simple construction technology which led to a wall with less prefect fits (most probably from Inca time).

Ancient mysteries can be explained with all I learned in Cusco, Peru. Was the old Inca Capital Cusco, the place were I lived for more than 13 years and that I visited and still visit regularly, much more important and much more ancient than what we normally learn at school? According to Alfredo and Jesús Gamarra, this was certainly the case. Alfredo, father of JesÃºs, faded away in 1999, after a long life dedicated to investigate ancient mysteries. Jesús Gamarra then asked me to work together. We started a fascinating journey of filming, editing, investigating and informing other people about the investigations and theories of his father, for over 6 years. this culminated in the production of the documentary called "The Cosmogony of The Three Worlds.

Many of the conclusions of our work are to be called surprising and contrary to what mainstream says in scientific disciplines as archaeology and geology. If Alfredo was right, we will have to review official history. It will sound extreme, as most of us are used to another story. But as you will see here, many of the ancient mysteries can't be explained with the official versions!

Official science says the sites near Cusco are from "Inca time" and not much older. Further reading makes it clear that no good explanations are offered to explain the splendid stonework in a satisfactorily way. It is very hard to believe that the Incas did it all by hand, even if they used the labour force of thousands of people.

One thing is to transport the giant stones of for example Sacsayhuaman, just above Cusco, another thing is fitting them perfectly together. But depending on which guide you get on the tour to the site, you can hear different stories. Going from one extreme to another, like: "this is the work of extraterrestials", or: "the Incas had some liquid that could dissolve stone".

I have visited many sites, especially near Cusco, most of the times together with Jesús Gamarra. There are many places, not only the famous places that are considered to be made by the Incas, like Sacsayhuaman, Kenko, Pisac, Chinchero, Ollantaytambo and Machu Picchu, but many more that are not very well known, not even by the local people. The visits helped me to confirm several of the conclusions of Alfredo.

The archaeological framework that Alfredo made, is contrary to that of the conventional visions. After many years of discussing Alfredo's work on several internet platforms, I have come to the conclusion that for better understanding and acceptation, it is convenient to separate the inventory of archaeological phenomena from the more theorical conclusions that Alfredo came to. This will help to first get clear what the phenomena really are, before going to the theorical explanations, although they are higly interesting and to my opinion explain where others don't. Many times these anomalies, most of the time only after some superficial observations and without further investigation, have been presented as proof for theories as "it must have been the Ancient Aliens", or they must have had Giant Machines. For a good inventory and many details on the stonework I would like to refer to the documentary "The Cosmogony of The Three Worlds". It offers a great view on what Alfredo Gamarra found in Inca sites, what he explained about them and how we can recognize the same phenomena around the world.

Read here some comments on this Documentary that speak for themselves;

"This is a must see for those of us seeking cogent theories to explain the various anomalies around the Earth. Through a series of striking images, Jan Peter de Jong has done an excellent job presenting Peruvian Alfredo Gamarra's unique theory that explains how the numerous vitrified and colossal megalithic ruins around the globe could have been created in the distant past."

"The differences in the three types of stone architecture of Peru's ancient ruins are readily observable to anyone who visits these sites. The Cosmogony of the Three Worlds puts forward a very well thought out and argued alternative to orthodox theory as to how and why these distinctly different styles exist. The conclusions made by the researcher Alfredo Gamarra are faithfully presented in this documentary. Although quite revolutionary in scope the vision of Alfredo Gamarra is sensitively treated by both Jan and Jesus. It's refreshing to see such an independent and original approach to a problem that many people refuse to see exists in the first place. If true or even partially true we could see some major pieces of the jigsaw puzzle fall into place. Why did nearly every major culture on Earth have the ability to build structures out of enormous stones that today we would have major problems with? Why do some of these stones bare markings that make them appear to have been poured or molded? How did so many large stones get transported such long distances? This is very thought provoking stuff and the broader conclusions have far reaching implications. Definitely worth watching!"